Too Many Secrets was a public sound art installation in Graz, Austria, realized within a site-specific group exhibition in fall 2001. After the first playback on the first exhibition day, it was banned by the city council which initially approved it, due to citizens’ outrage.

I formulated the idea during a ten-day international art workshop “Unique Sign - Unique Location” that the Cultural City Network organized in Mostar, Bosnia and Herzegovina in the summer of 2000. Four years after winning the unfavorable title as “the most devastated town in Bosnian civil war 1992-1996”, Mostar had been undergoing an intensive reconstruction program. 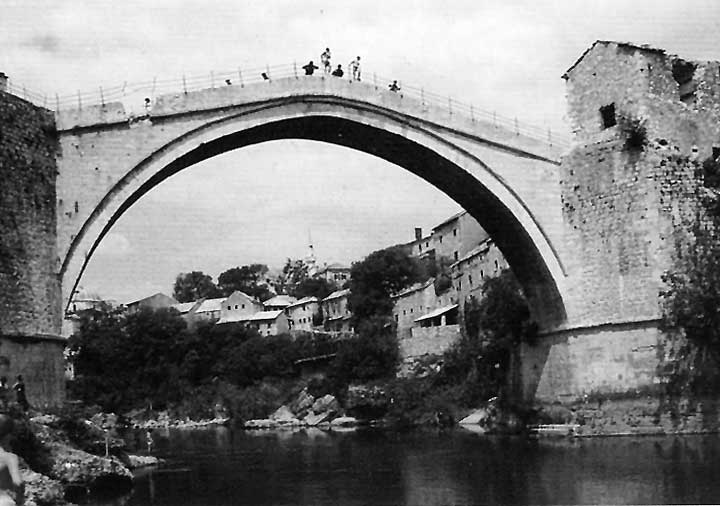 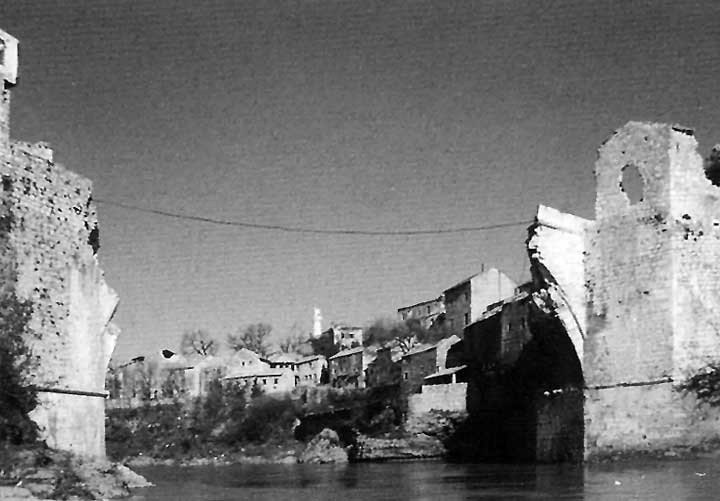 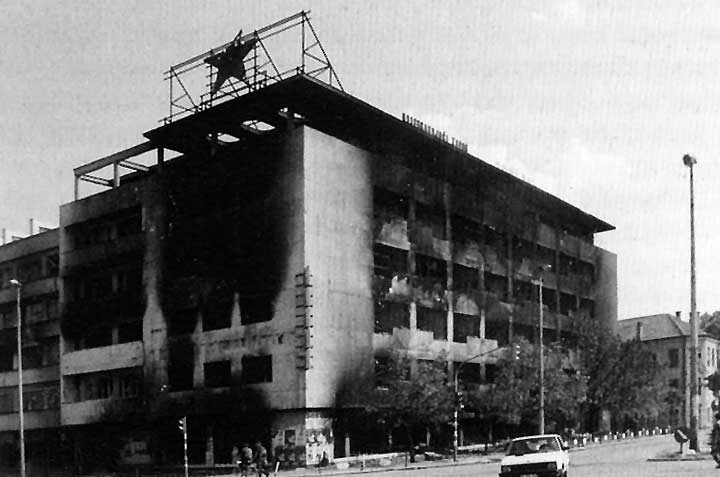 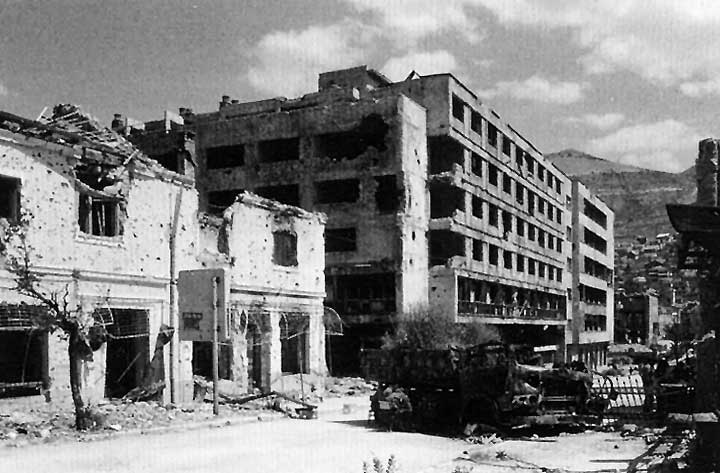 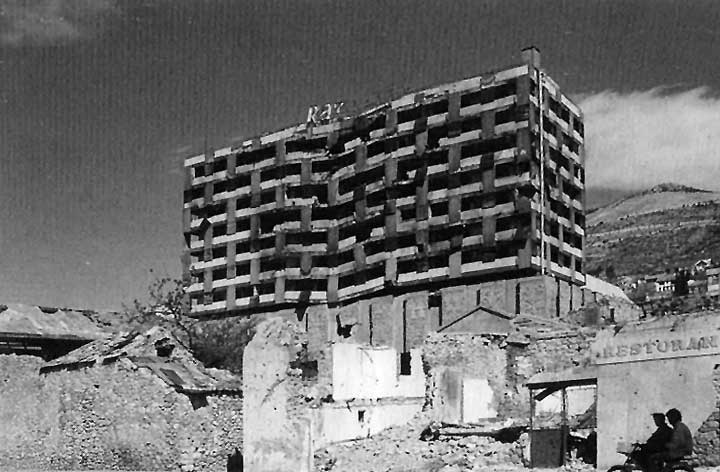 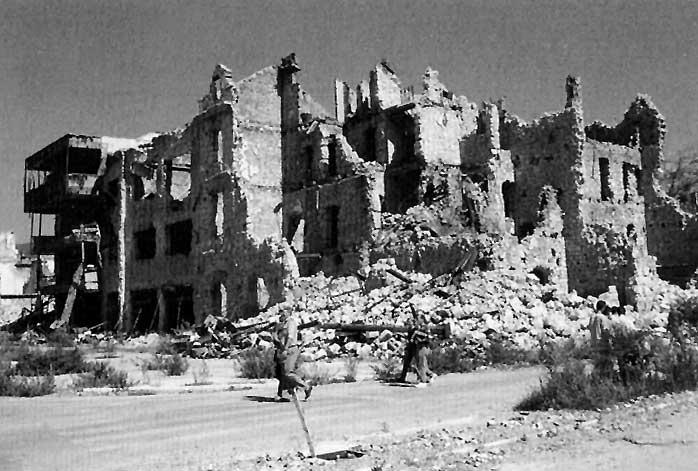 Its buildings and landmarks were being systematically rebuilt, but the restoration of mutual tolerance and respect between the Muslim and Catholic majority communities was slower. The town had remained de facto ethnically divided and had been kept formally peaceful by the international military forces (SFOR and then EUFOR). Without the capacity to wage war militarily, the two opposed communities took to cultural means: architecture and environmental sounds. For example, the reconstructed minarets would play the adhan [1] five times a day like before the war, but noticeably louder than normal. Conversely, Catholic churches somehow managed to regrow their campaniles (bell towers) to 300% their original height, while the volume of their chimes was higher as well. Like other artists at the workshop, I was impressed by these manifestations of human wit in expressing cultural animosity. We noticed that the sonic interventions proved to be more pervasive and more impactful than the visual in annoying the opposed population. 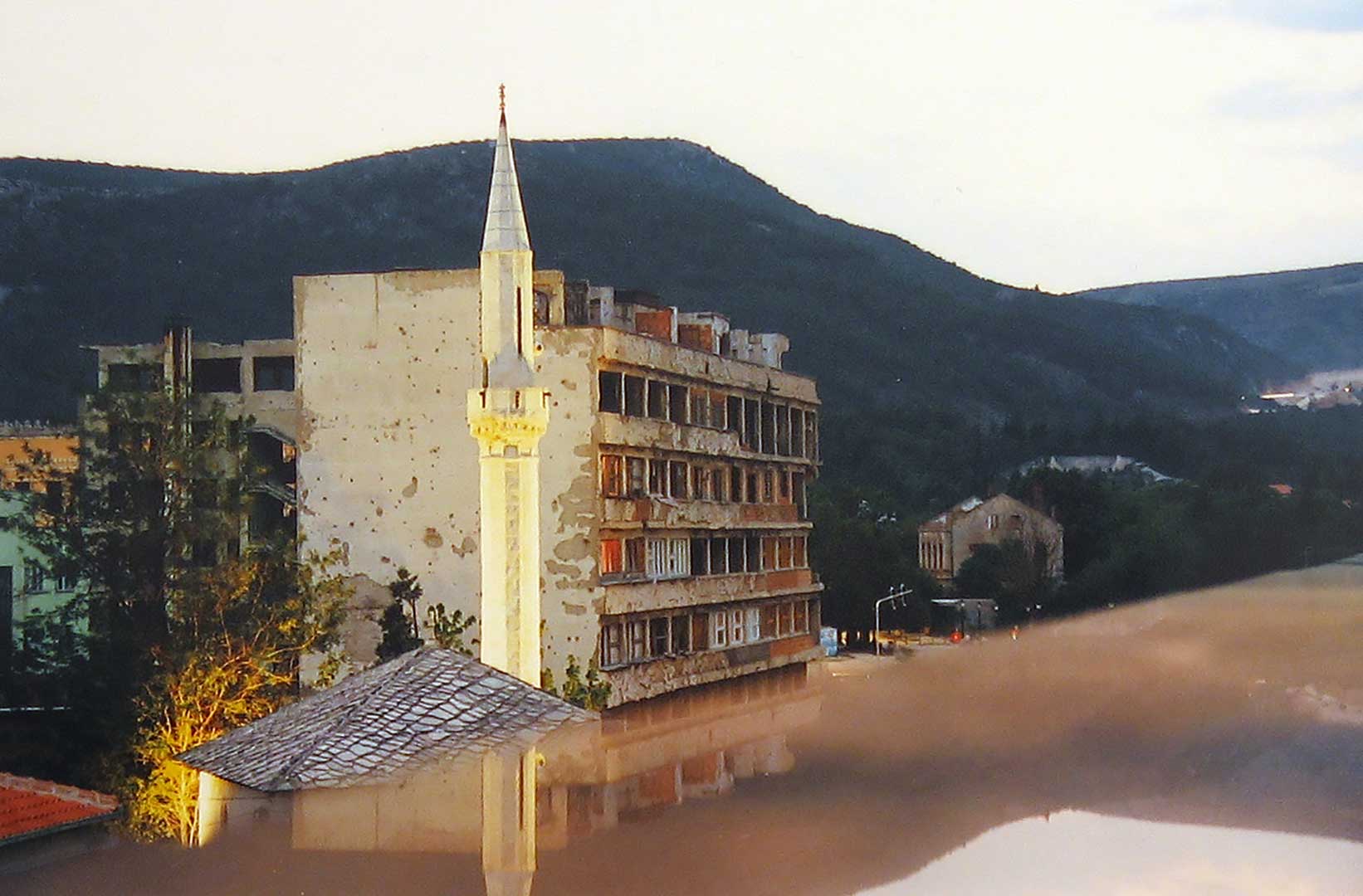 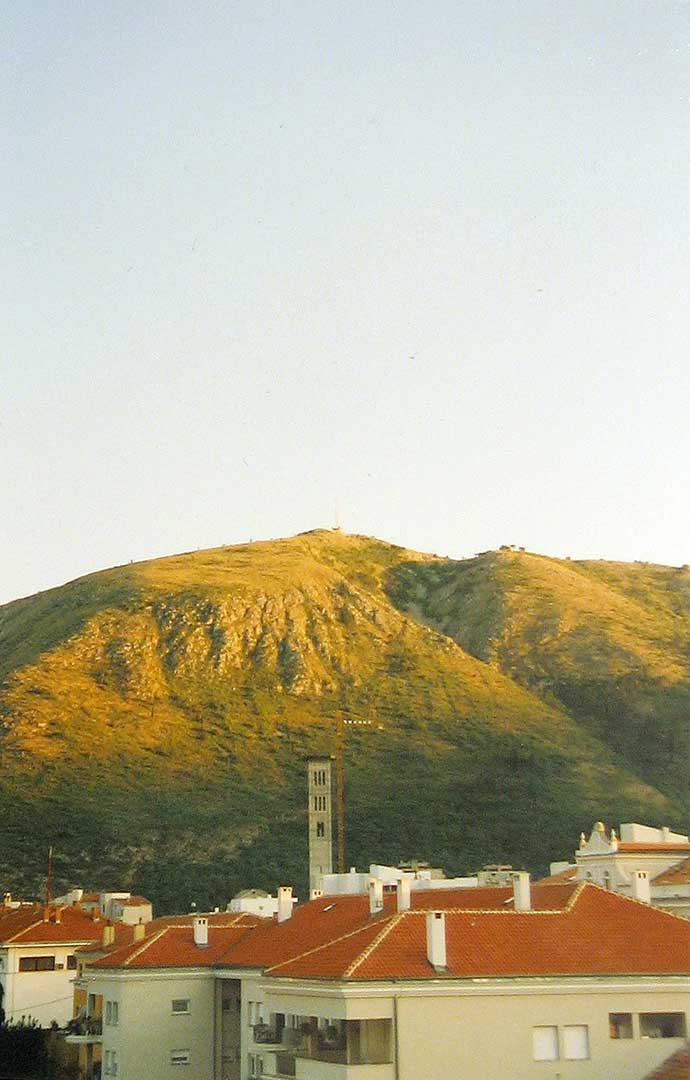 A few months later, I was in Graz, Austria, on another workshop. The lovely Styrian capital was scattered with billboards proudly featuring Graz as the most culturally diverse and tolerant city in Austria in 2000. 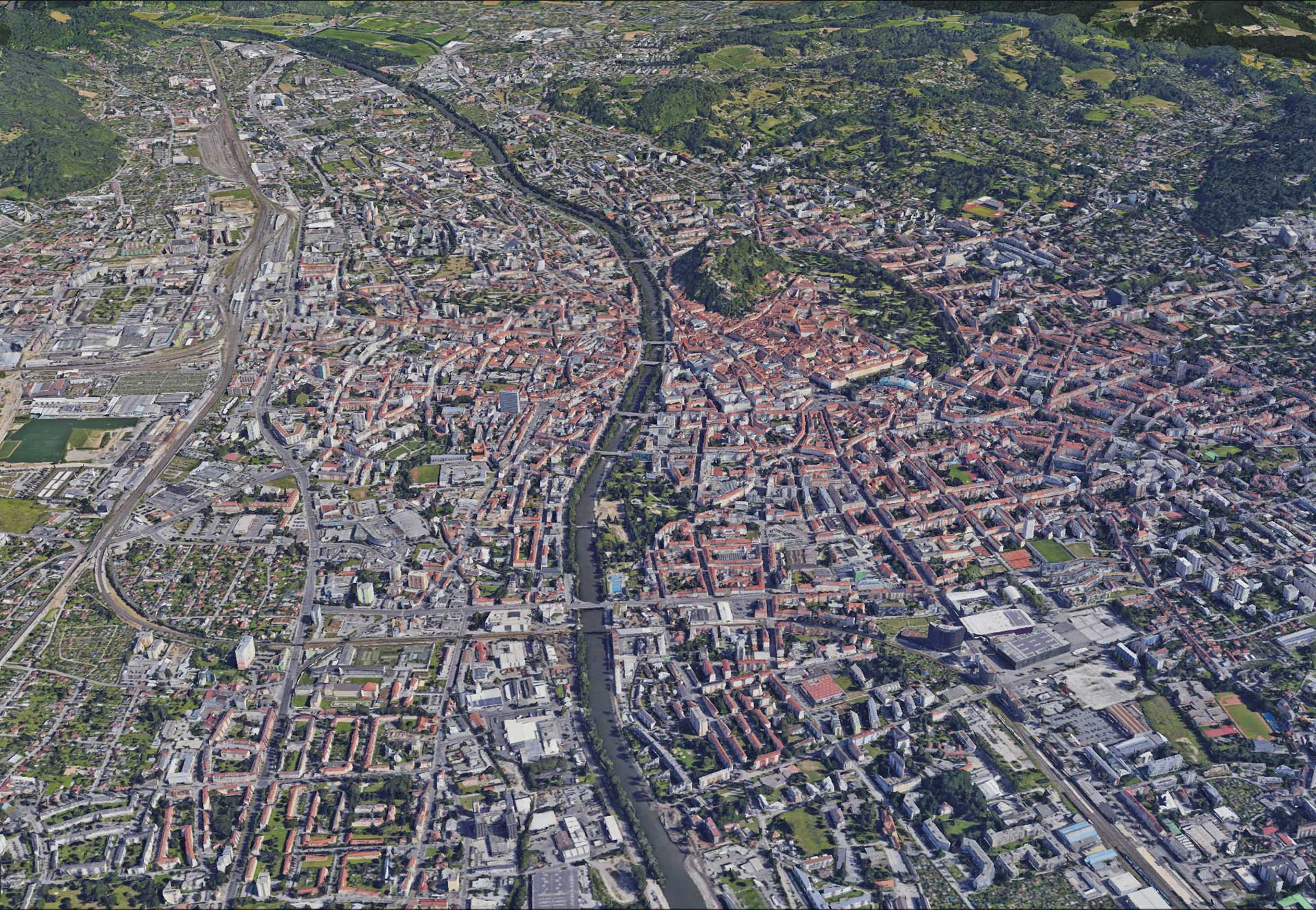 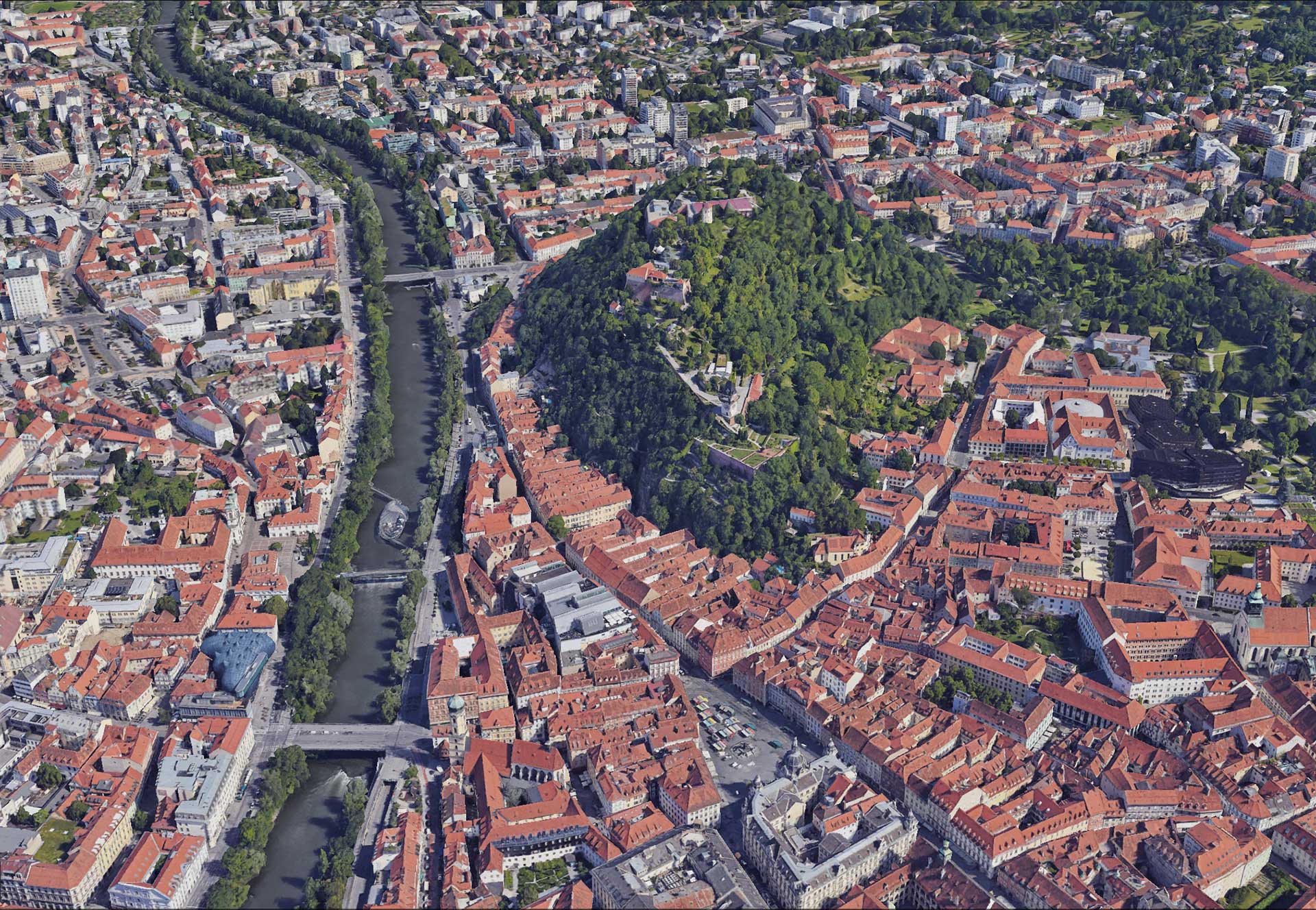 However, the socio-cultural segregation between native German-speaking residents and various ethnic minorities from the Balkans, Eastern Europe, Africa, and Asia was inconcealable and embarrassing. For example, Islam is the largest minority religion in Austria, practiced by approximately 4.22% of the total population in 2001 and the majority of Muslims are Austrian citizens, but there were no mosques in Graz at the time [2]. One of the historic landmarks of Graz, “The Falling Turk” on Palais Saurau tells a story that can be interpreted as islamophobic [3]. 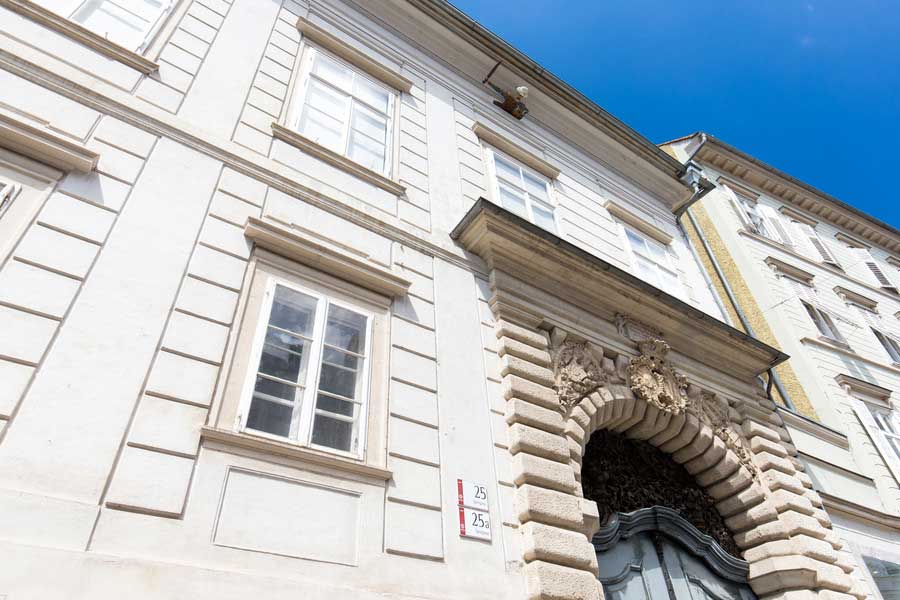 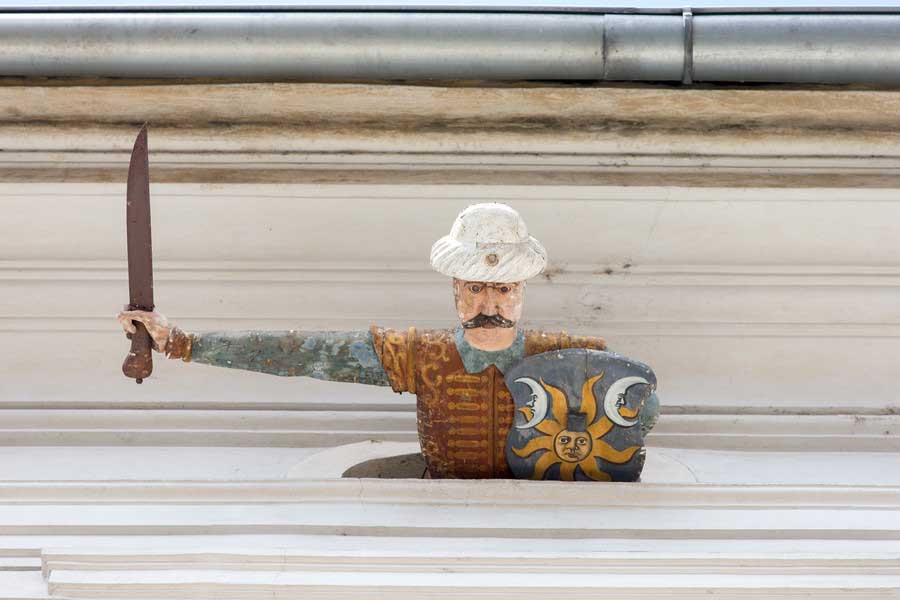 The Falling Turk on Palais Saurau.

Perhaps this manifest hypocrisy was a result of the mismatch between the city council’s striving for cultural justice, equity, diversity, and inclusion (JEDI) and the behavioral patterns of numerous right-wing political organizations in the municipality. These images show the two sides of a tactical postcard project Pragmatic Sanction (1998-2006) in which one of my artist friends from Graz (who presents this work anonymously) revealed the documented right-wing institutions across the city. 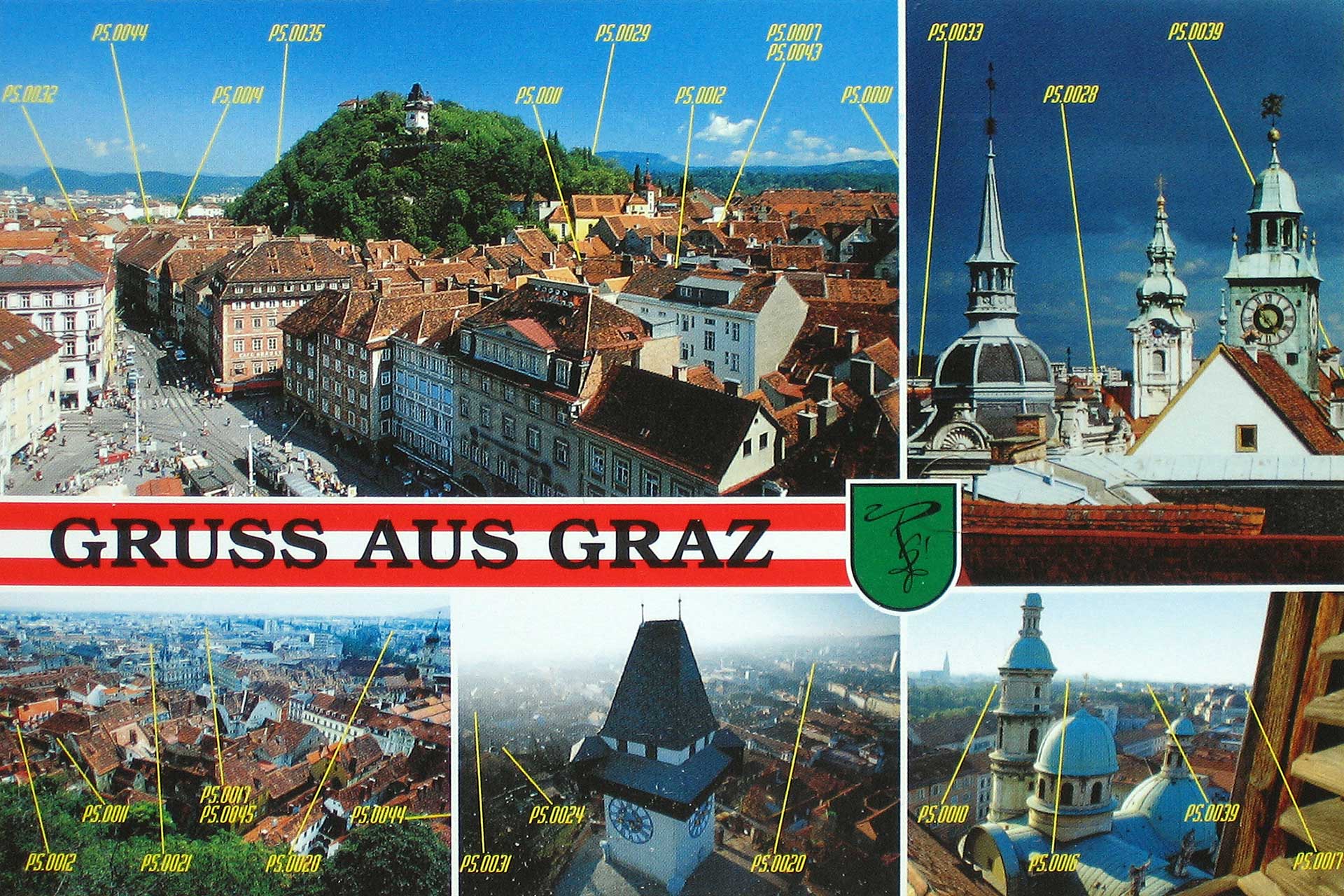 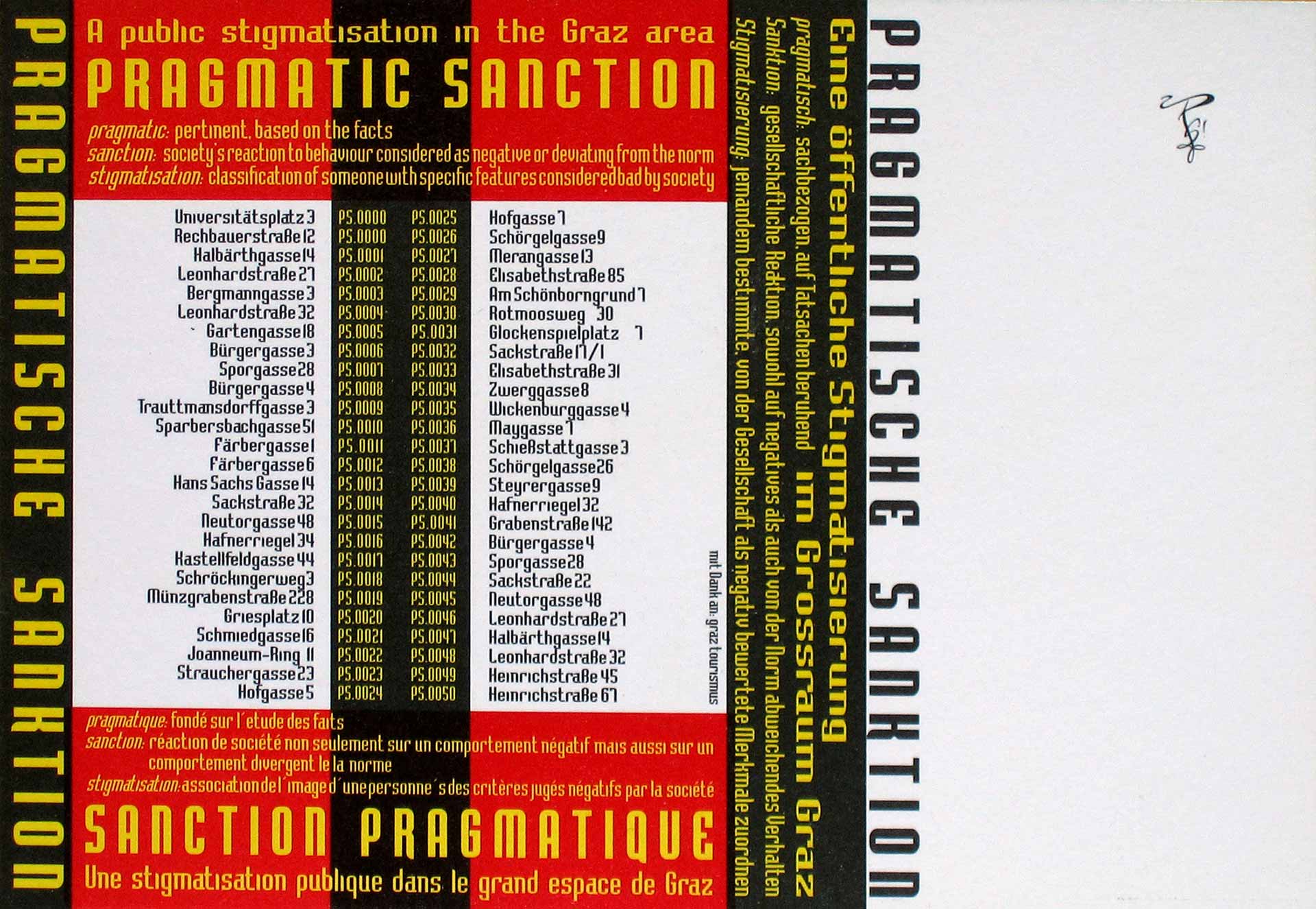 The official JEDI claims were dense, nominal, complacent, and pr`imarily visual, so I conceived a sonic intervention to challenge their relevance regarding the subtleties of otherness and cultural conflicts, drawing inspiration from the cultural warfare in Mostar. I was also inspired by the strategy of cultural otherness featured in the AES+F’s Islamic Project (1996-2003).

I prepared Too Many Secrets for a one week site-specific city-wide exhibition in Graz in fall 2001. It centers around a remixed version of adhan [4] titled Too Many Complicated Love Secrets. I made it by clustering vowel passages from the consecutive vocalization sequences and it sounds ambiguous: both as adhan and as an experimental piece. It would be played during the exhibition, five times a day at Graz ṣalāt times, from the loudspeakers in the clock tower (Uhrturm) on the medieval fortress in the historic city center. The fortress (Schlossberg) was built on top of the only natural elevation (475m) in the flat Graz Basin which is surrounded by mountains and hills to the north, east, and west. The clock tower’s position assures excellent acoustic efficiency so, even at a moderate playback level, the sound could be heard within the city perimeter. 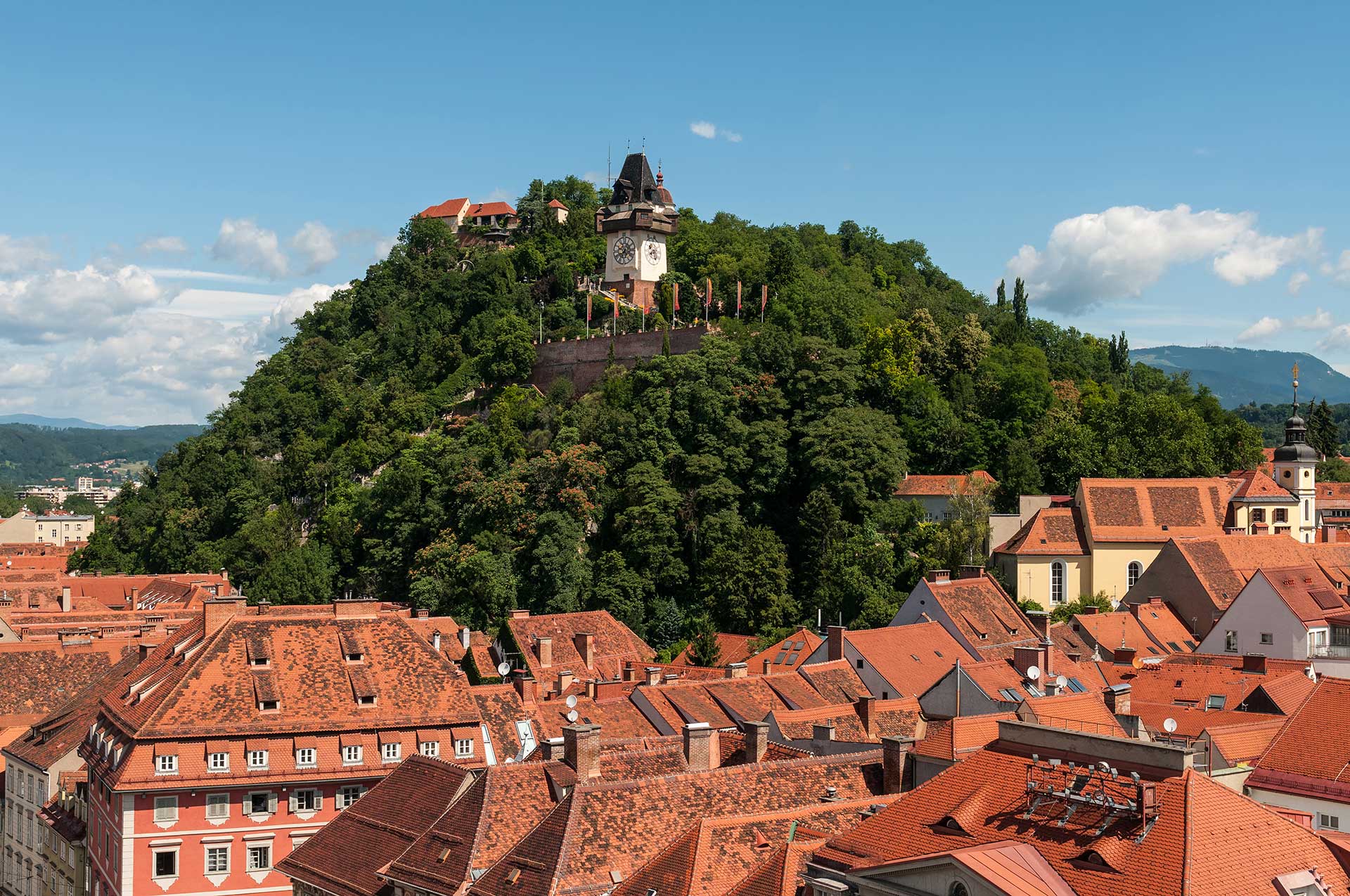 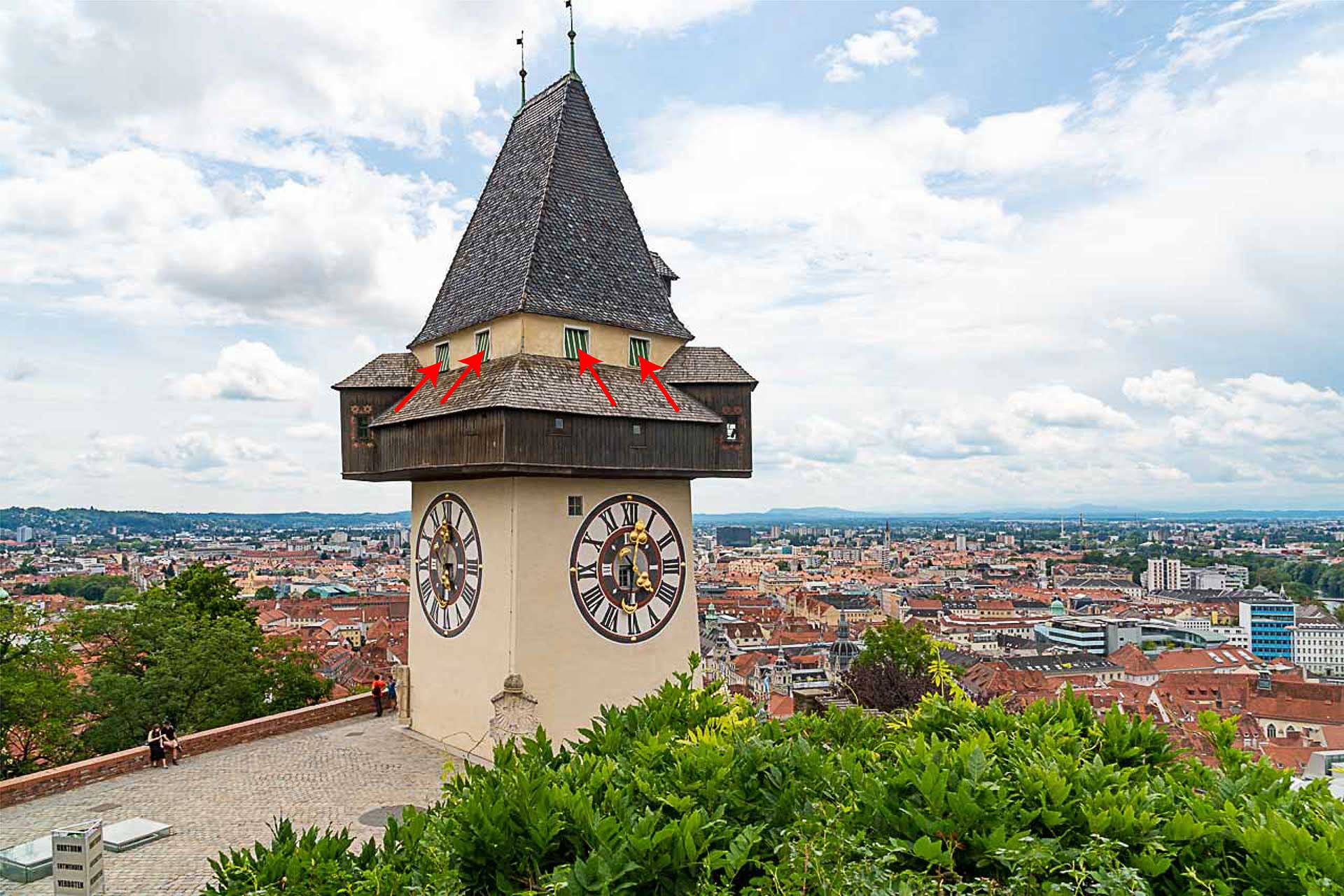 Too Many Complicated Love Secrets.

Full technical details of this setup were presented to the Graz city council by the exhibition organizers and had been initially approved. After the first playback on the first day of the exhibition, the work was banned by the same city council, due to the citizens’ outrage. I anticipated this provocation-induced sanction and intended the initial playback and its immediate censorship to facilitate the spontaneous unfolding of the local JEDI values. Hans Haacke’s site-specific installation And You Were Victorious After All anticipated this strategy: it was included in a 1988 city-wide exhibition “Points of Reference (Bezugspunkte) 38/88” that highlighted sixteen loci of Nazi activity in Graz and was firebombed beyond repair by neo-nazis a week before the exhibition’s end [5].

[1] Adhan is an Islamic call to prayer (ṣalāt). It is traditionally recited or sang by the muezzin from the minaret at appropriate ṣalāt hours. Adhan is an art form and local muezzins develop their distinguished reciting/singing styles. Mosques throughout the world usually replace the unplugged muezzin’s performance of adhan with the amplified version (live via microphone or recorded) played back from the loudspeakers mounted atop the minaret. [↑]

[2] The Islamic Cultural Center has been in construction since 2012 but its minaret is purely symbolic; no adhan is played. [↑]