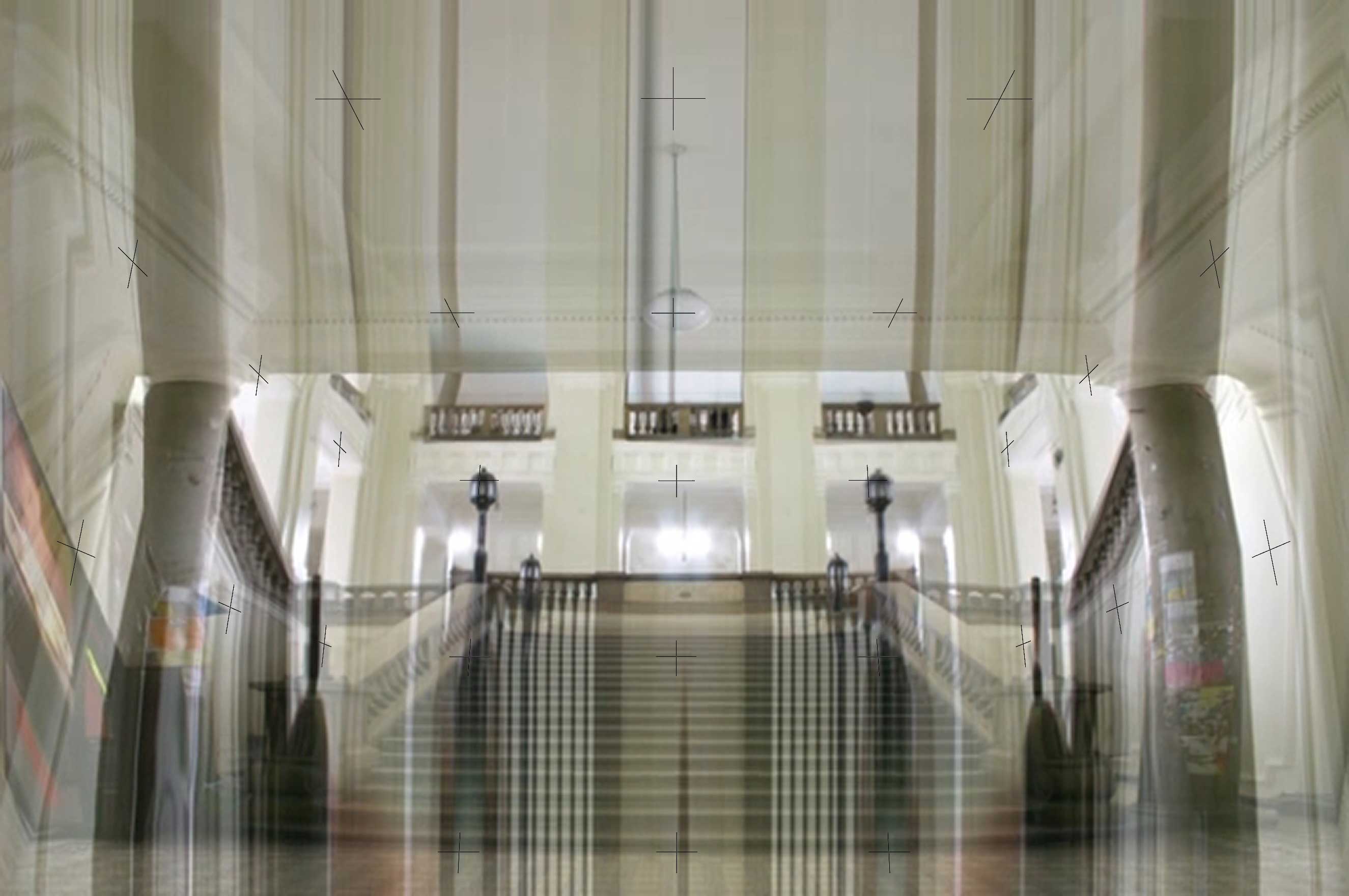 Aula is an interactive installation based on the importance of perception, cognition and contemplation of space. Commissioned by the Faculty of Architecture, it was realized within the aula (entrance hall) of the technical faculties building in Belgrade during the entrance exam in June 2006.

The ambient sound in the aula is slightly amplified and broadcast through speakers distributed in the surrounding corridors. Ambient sound events in the aula, such as volume or pitch change, control the real-time editing dynamics of the morphing video sequences which were generated from a series of photos of the aula. The video is projected on a large scale screen placed above the aula. 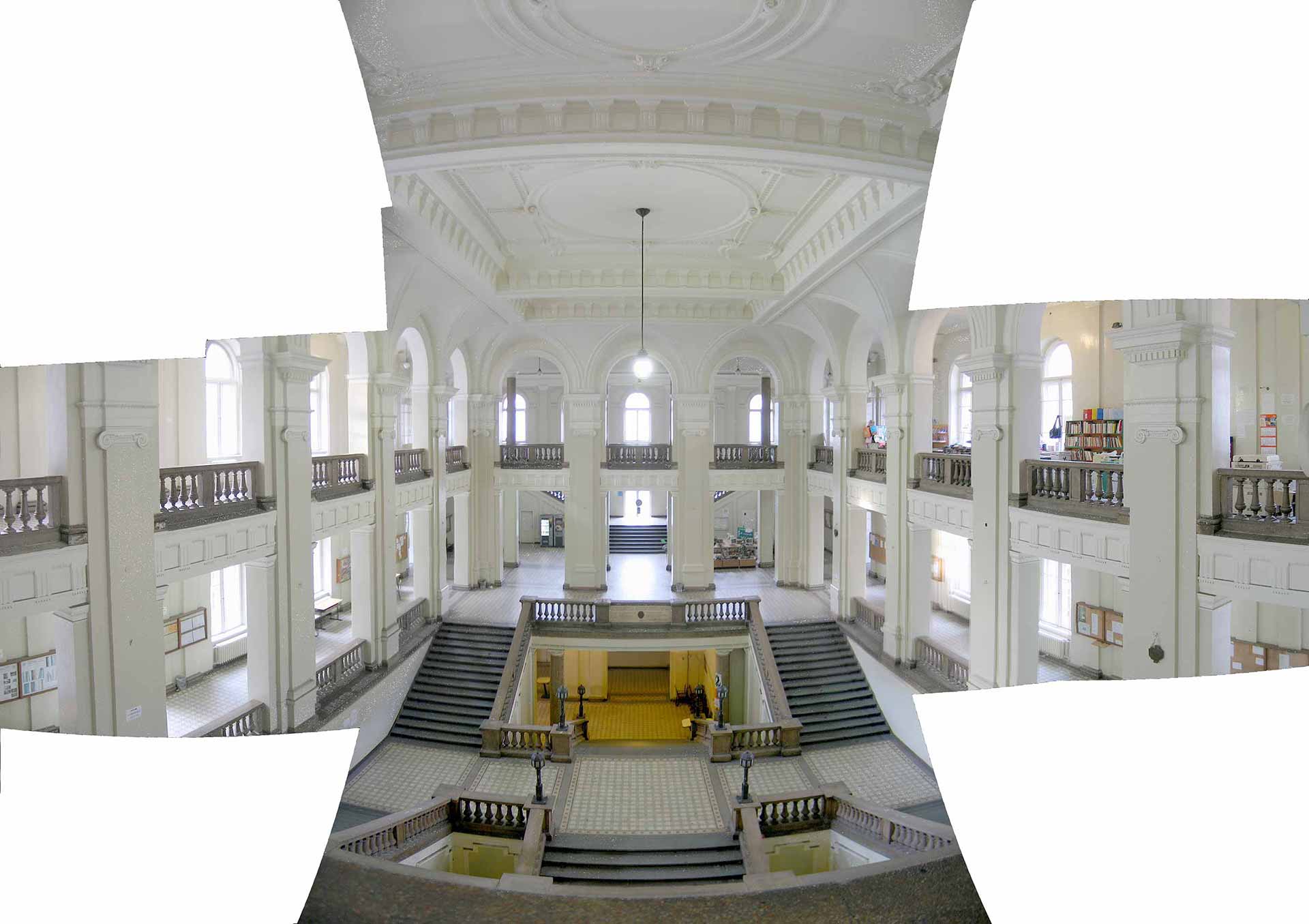 Panoramic image of the space.

Milorad Mladenović is an architect, artist and educator who explores spatio-visual phenomenology. His art installations and architectural projects have been exhibited worldwide. He is a Professor at the Faculty of Architecture, University of Belgrade in Serbia.

Nenad Popov is a Berlin-based interdisciplinary artist whose work is inspired by scientific concepts and methods. He specializes in live performances and cinematic installations, many of which include living organisms. His works were showed at the festivals such as Ars Electronica, Linz and STATE experience science, Berlin.

Dejan Grba is an artist, researcher and educator. He explores the cognitive, technical, poetic and relational features of new media art. He has exhibited and taught in Europe, Asia, Australia, North and South Americas, and published in journals, conference proceedings, and books worldwide.