VR TO BEGIN WITH

VR to Begin With was a panel I hosted at the CGA2018 conference in Yugoslav Cinematheque in Belgrade on 16 November 2018. The panelists were Johanna Pirker (TU Graz), Ninoslav Adžibaba (VRlabs Belgrade) and Vladimir Todorović (UWA Perth). On this occasion I gave an interview to VFXSerbia: here it is at VFXSerbia website. 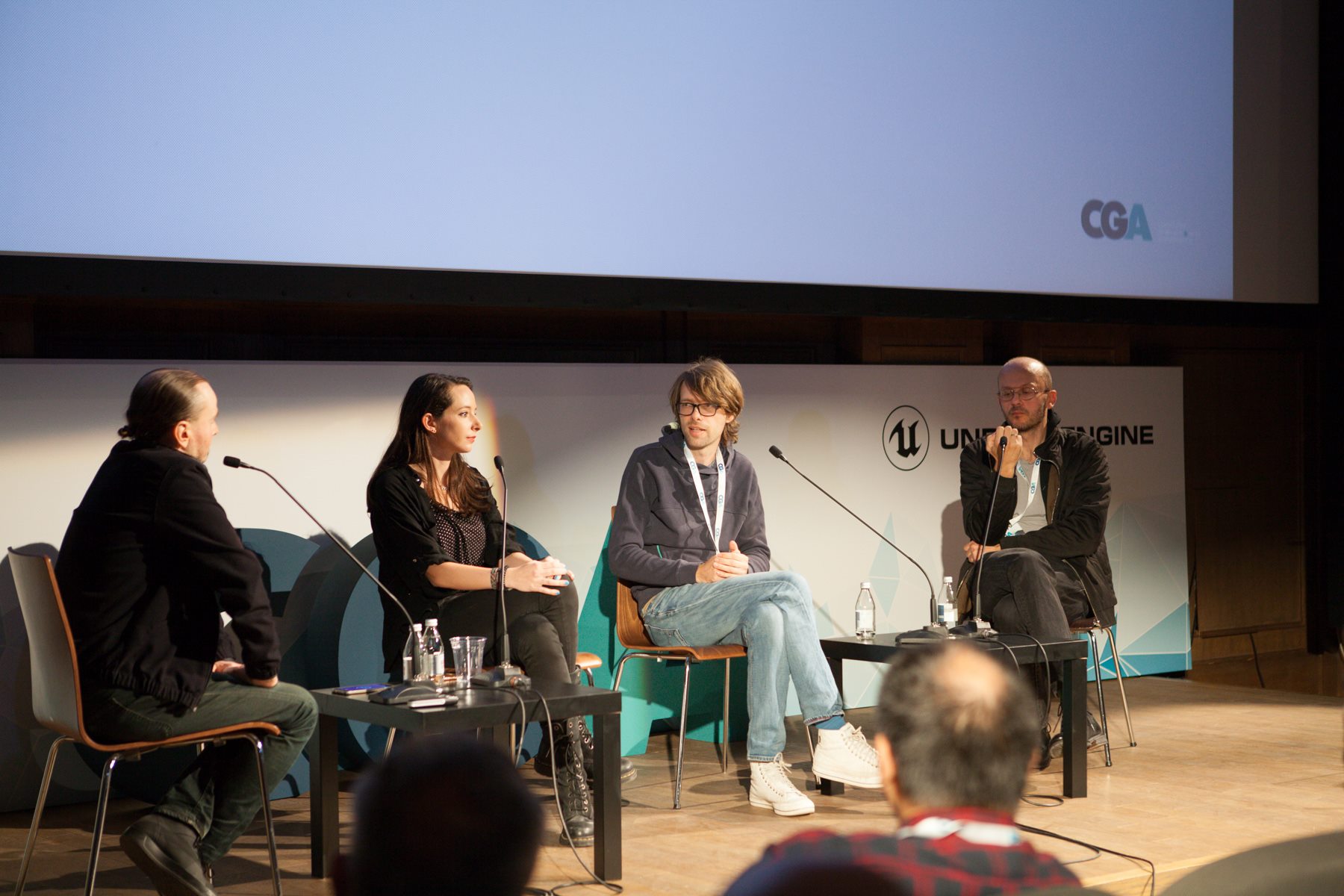 In the chapter “Phantomatics” of his collection of futuro-philosophical essays titled Summa Technologiae (1964), Stanislaw Lem—the author of Solaris (1961)—made a thorough conceptual exploration of the VR, and his critical observations are valid still today. One year later, Ivan Sutherland—the computing pioneer who created Sketchpad (1963)—published a paper on the concept of VR headset, and in 1968 he produced a working prototype called The Sword of Damocles.

Half a century after these breakthroughs, we are in the midst of new artistic, economic and political dynamics of the VR. With the question: What have we learned in the meantime?, this panel focuses on contemporary aspects and potentials of the VR. Our aim is to motivate informed, critical thinking and to promote creative research in the VR, rather than to be didactic.

Beyond its phonetic double meaning, our panel title VR to Begin With refers to the essay Virtual to Begin With? (2000) by German philosopher Wolfgang Welsch. In it Welsch criticizes the VR hype of the time, analyzes the concepts of virtuality and shows that in epistemological systems of different philosophers, the reality itself has been understood as virtual (as a virtual construct). So, on one hand, it implies that the technical and creative questions of the VR essentially rely on our understanding of the experience of reality—which is tricky, and on the other hand it reminds us that we are still at the onset of exploring the VR, regardless of current bleeding-edge technologies that implement it in fascinating ways.

What lessons can we learn from history, specifically from the boom and bust of the VR in the early/mid-nineties? What are the strategies for overcoming the remediation of the older related media in the VR, which is an inherent and initially useful but ultimately counterproductive feature of all new media technologies, identified by Marshall McLuhan in general and later by Alan Kay in the context of computer technology?

The Perceptual Cogency of the VR

The ultimate VR is understood as a full simulation (emulation) of reality, an indistinguishable perceptual illusion (illusory system) that can be manipulated and in which the users can become insane or die. What sense does that make to us today?

Is the Uncanny Valley a Reachable Objective?

The aspects of cultural assimilation and collective learning, saturation/conditioning and spontaneous transcending the persuasiveness of VR experiences. Similarities and distinctions to the mimetic obsolescence of older media such as sound recordings, film, analog and digital special effects and VFX.

Educational Potentials of the VR

How can the VR-enabled online learning platforms be a positive challenge to the institutionalized academia, and in what way they may be the threatening alternatives with negative long-term consequences? Is this dichotomy necessary and/or unavoidable?

Panelists’ views on the broader multidisciplinary understanding of the human experience of reality required for our smarter use and development of the VR as a powerful learning, collaborative, problem-solving and artistic tool.

Both are hyped and not for the first time (AI in the 80-90’s, VR in the 90’s), difficult to wrap our minds around and—as a combined concept—highly controversial even for such sophisticated thinkers as Max Tegmark and David Deutsch (physics), Anil Seth (computational neuroscience), Steven Pinker (cognitive psychology, linguistics), David Krakauer (evolutionary biology), Nick Bostrom and Sam Harris (philosophy) or Elon Musk (entrepreneurship). Just as we do not know for sure what reality is (both physically and mentally), we do not know for sure what intelligence is. But we like to speculate and experiment…