Thalassa is based on the idea that chemical sensitivity is a characteristic of all living beings, and that smell is a crucial component of our sensory world, which enables spatial orientation, communication, mapping and understanding the environment.

The work was conceived in 1998, as a perfume that contains high percentage of trimethylamine (C3H9N) which is the chemical essence of sexual olfactory communication. The perfume is generated by mixing water solutions of potassium carbonate with trimethylamine oxalate in a 1:1 ratio at room temperature. 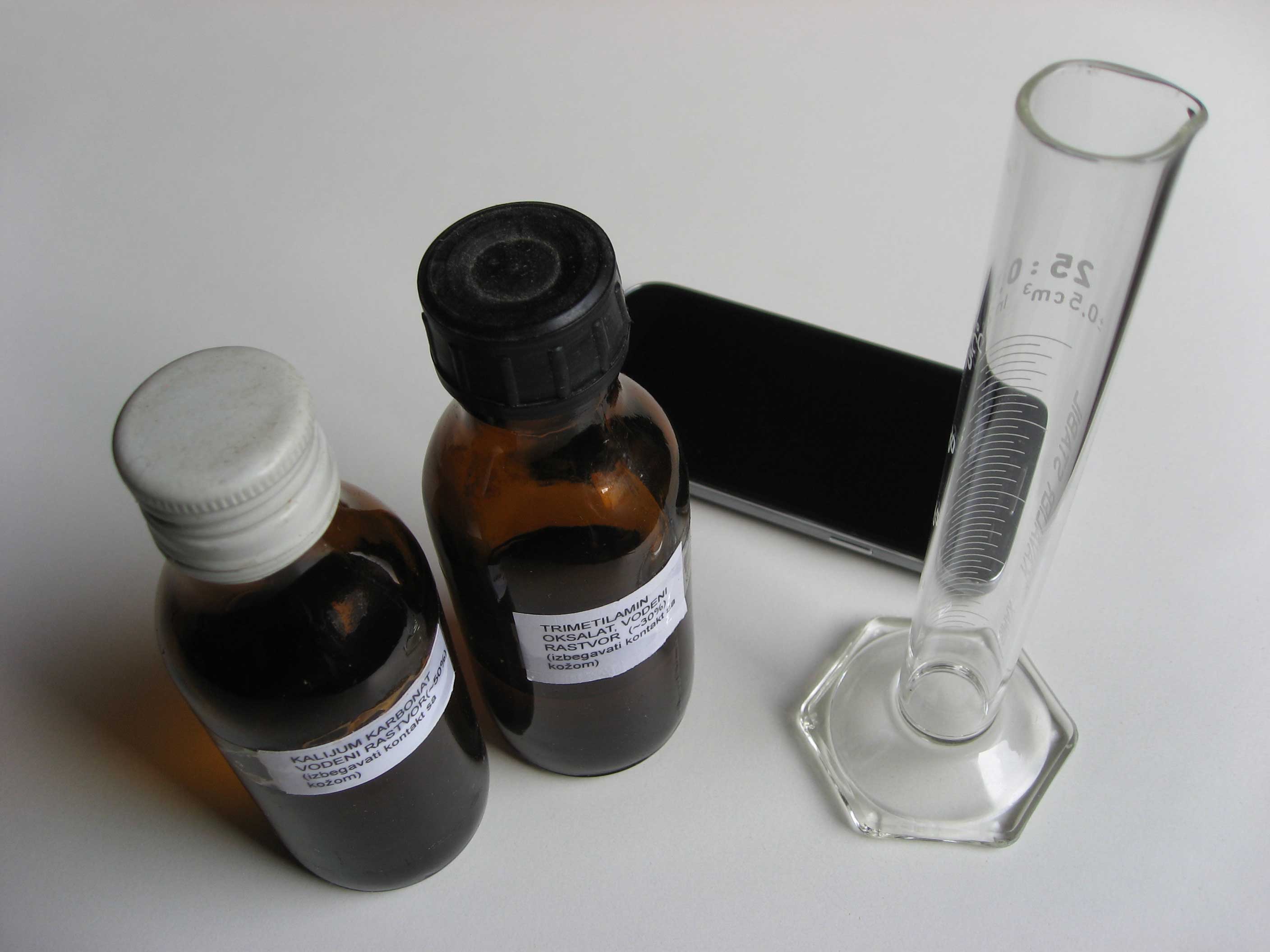 Thalassa is presented as a public promotion that begins with a short introductory lecture on Sándor Ferenci and trimethylamine, and continues with a strip pattern sampling of the perfume, during which several perfumed fashion models meander around with the visitors. The promotional venue features posters, takeaway brochures, and video panels with perfume advertising.

The work's title refers to the book Thalassa: Theory of Genitality by the Hungarian psychoanalyst Sándor Ferenczi, which was published in 1924 and named after the Greek goddess of the sea. At the beginning of his career, Ferenczi was one of the leading members of the psychoanalytic school and Freud's close associate. Ferenczi’s key concept in Thalassa: Theory of Genitality is that the ‘ocean instinct’ (lat. regressus ad uterum, the desire for the safety of amniotic fluid inside mother’s womb) symbolizes an evolved need to return to the sea as the primordial source of life. ‘Ocean instinct’ is reflected in the choice of sexual partner, which partly depends on conscious and subliminal olfactory assessment, and trimethylamine, with its specific fish accent, is an important ingredient in genital odor.

Thalassa relates to my works Dog Life Days (1997) and Equality (2020-), and connects creatively with the work of Norwegian artist Sissel Tolaas, with Cloaca project (1997-2007) by Wim Delvoye and with later works such as Selfmade (2013) by Christina Agapakis and Sissel Tolaas, and Labor (2019) by Paul Vanouse.

Trimethylamine [C3H9N], gas, heavy fish odor. Strong base. Melting point: -117.08ºC. Boiling point: 2.87ºC. Standard density at 0ºC: 0.6709. Solvents: alcohol, ether, benzene, toluene, chloroform. A product of decomposition of nitrogen compounds in plants and animals. Industrially produced by distilling sugar beet residues that contain betaine. As a compound, it is common in animal tissues, especially in fish. It is present in menstrual blood and urine at room temperature. Uses: as a means of attracting insects and as an agent for early detection of natural gas.

Dejan Grba is an artist, researcher and educator. He explores the cognitive, technical, poetic, and relational features of generative systems. He has exhibited and taught in Europe, Asia, Australia, North and South America, and published papers in journals, conference proceedings, and books worldwide. Dejan has been appointed an Associate Professor at the School of Cultural Technology, Xi’an Jiaotong-Liverpool University in Suzhou, China. In 2019 and 2020 he was a Visiting Associate Professor at the School of Art Design and Media, Nanyang Technological University in Singapore. He has served as a Co-founding Associate Professor with Digital Art Program at Interdisciplinary Graduate Center, University of the Arts in Belgrade since 2005, and as a Founding Chair and Associate Professor at New Media Department, Faculty of Fine Arts in Belgrade from 1998 to 2020.