Wake Vortex is an ongoing series of generative videos and images built around the idea that digital raster image can be treated as a three-dimensional object and viewed not just frontally but also from any other side. This process can be understood as line-scanning of digital imagery. Scanned orthogonally from the side, the image is perceived as a sequence of one-pixel wide lines, while orthogonal scanning of a stacked set of video frames creates a new sequence of images which can be animated, and certain combinations of source materials and scanning sides/directions produce interesting results.

Wake Vortex is a part of my artistic and theoretical research of generative methodologies, digital art and culture. The project was built around the idea that digital raster image can be treated as a three-dimensional object and viewed not just frontally but also from any other side (left, right, below and above). This side-viewing process can be understood as slit-scanning or line-scanning of digital imagery (Levin, 2015).

The project employs (re)creativity in processing the artworks and cultural artefacts which were themselves originally developed through the various modes of innovative combinatorics and generative techniques (Grba, 2015a; 2016).

Dimensional collapse in orthogonal scanning reveals new formal values and facilitates layered observation. While visually estranged, the generated imagery retains the suggestiveness of the original so, with or without sound, the viewer intuitively begins to regard it analytically and appreciate its visual, spatial and temporal qualities.

In fluid dynamics, wake vortex is a turbulent trail of an object moving through the medium. In aviation and seamanship, it is often considered to be a dangerous, unpredictable effect of the craft’s motion. In the context of this project, it points to the complexity of the imperceptible or unregistered default values of an artwork or cultural artefact, to their unforeseen expressive, cognitive, ethical, relational and political consequences (Grba, 2015b).

Viewed orthogonally from the side, the image is perceived as a one-pixel wide line whose height equals the frontal width or height of the image, depending on the new viewpoint. Continual scanning along the orthogonal viewing axis displays all the one-pixel lines. Orthogonal scanning of a stacked set of video frames creates a new set of images whose number equals the pixel width/height (depending on the viewpoint), pixel length of one side equals the total number of video frames, and pixel length of the other side equals the pixel height/width of the video (depending on the viewpoint). The image sets extracted from the video and the pixel line sets extracted from a single image can be animated, and certain combinations of source material and scanning sides/directions produce interesting results.

Wake Vortex comprises videos and imagery created by orthogonal scanning of diverse source material from digital art and culture (listed in Source Material). Whenever feasible, the sound from the source material is synchronized back to the wake-vortexed videos. The project is ongoing and as the new source material gets processed, the output is added to the collection which can be selectively configured and presented.

The videos on this page are 1080p and play as individual clips (one video per clip).
In a gallery/festival setting the full resolution videos are sequentially arranged in groups for parallel multichannel presentation. Please refer to Tech Rider for details.

Depending on the available equipment and space, the project can be presented as a 2- or 4-channel video projection, or as a 2- or 4-channel set of flat video panels (monitors). The panels should preferably be 27-inch diagonal or larger, with minimal or no screen border.

The images are produced as digital prints in variable (uniform) dimensions, depending on the spatial qualities of the exhibition venue.

Videos and prints can be exhibited in combination or separately, depending on the spatial qualities of the exhibition venue.

The selection of video clips per each channel, diagonals, heights and horizontal distances between video projections/panels, and digital prints, as well as all other formal/visual elements of the exhibition setup are determined according to the spatial characteristics of the gallery/venue.

The videos can be played from standalone digital players, computers, tablets or other playback equipment with H264/AAC codecs and support for the selected video resolution. If flat video panels are used, they should preferably be equipped with internal media players.

Each video channel with sound should be accompanied with the headphones for the visitors.
In solo exhibition setting, one video channel (or more, depending on the spatial qualities of the gallery/venue) can have its sound played over the speakers. 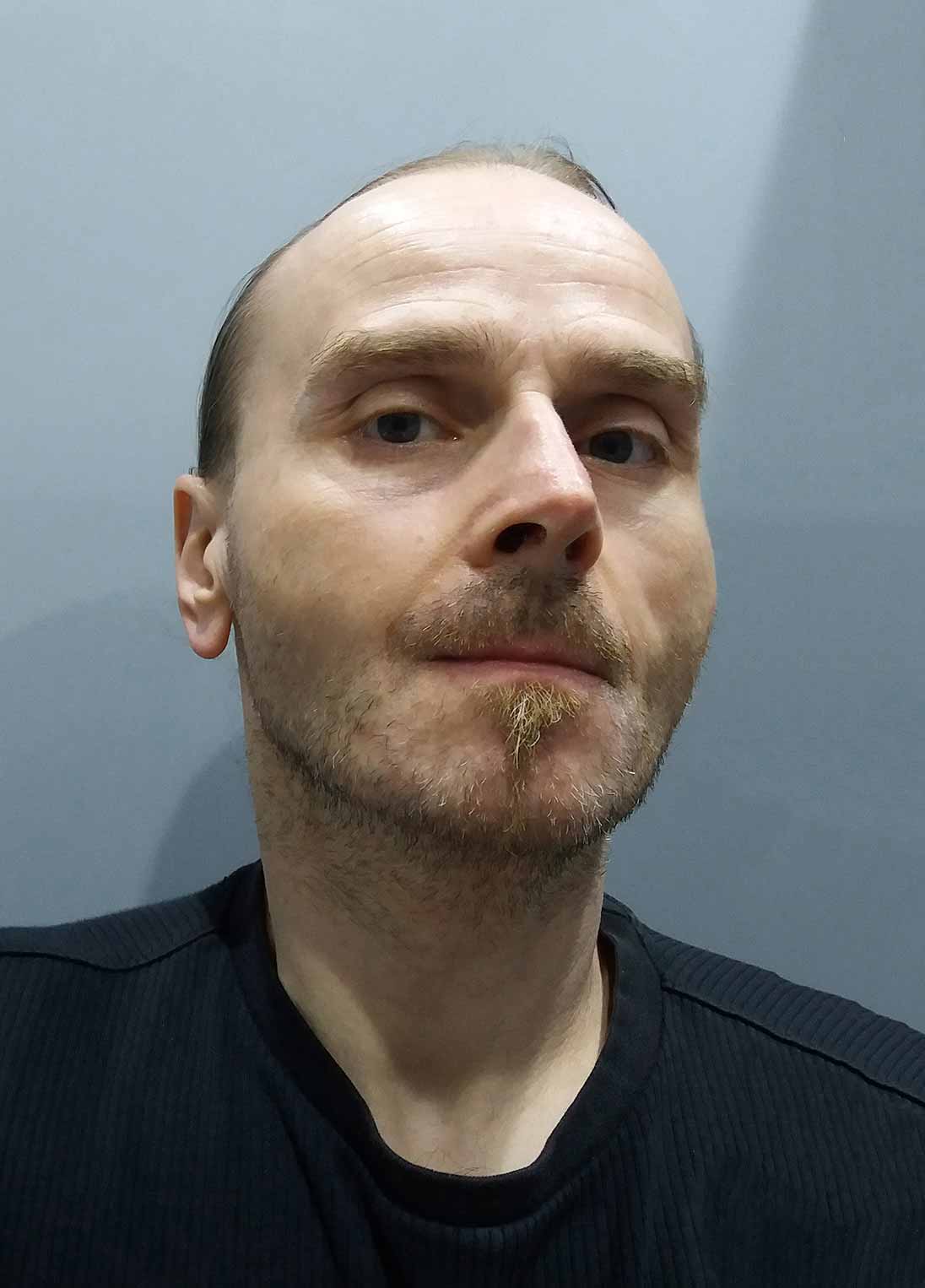 Dejan Grba is a media artist, author and educator. His artistic investigation of the perceptive, cognitive and cultural factors of visual phenomenology is focused on constitution, representation and interpretation of the individual notion of reality.